The rusa deer available in Mauritius Island was reintroduced from Java island in 1639 by the dutch people to make some life stock. Only few years after a cyclone brake the fence and the animals returned to the nature. Since that time they never ever stop to explode demographically and since that time it became an important animal of the local wildlife. In Bel Ombre we have a privately owned area that measure more than 4000 hectares and more than 2500 deers roaming on it. Today we offer to stalk and walk at them and passionate hunters from all around the world visit our beautiful estate to harvest the oldest and the biggest rusa. The first 50 deers recorded at the S.C.I record book (category rusa deer reintroduced in Africa) was shot by our clients, guided by us and on our areas ! Trophy is the culmination of a dedicated management started by Nicolas CHAUVEAU the livestock manager since 1991. 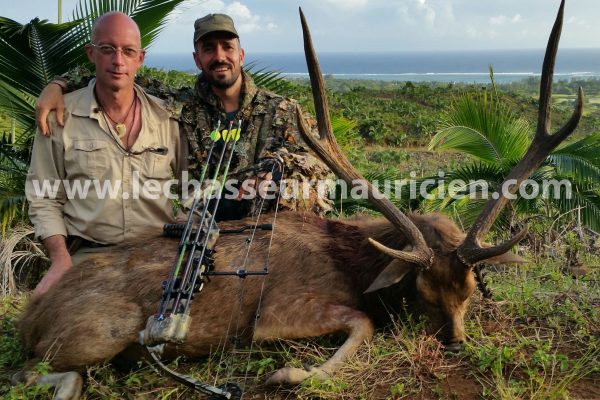 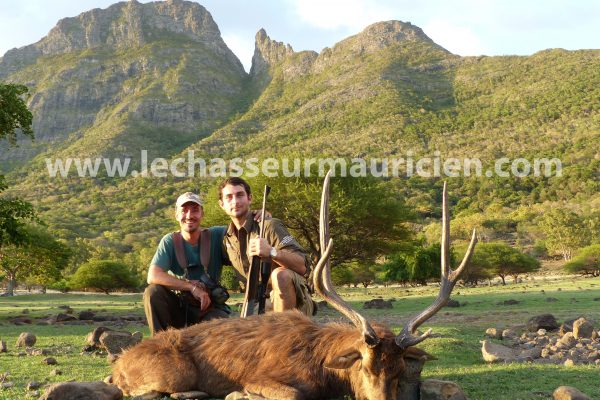 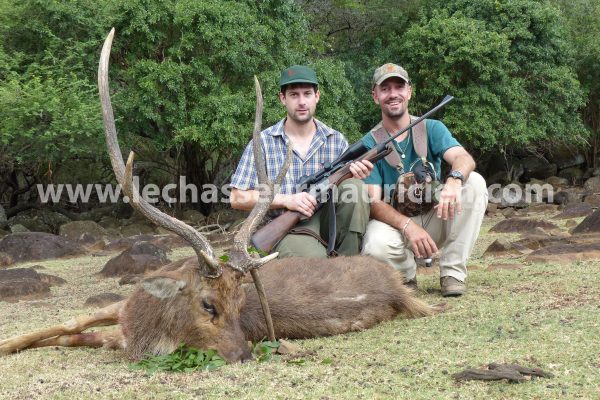 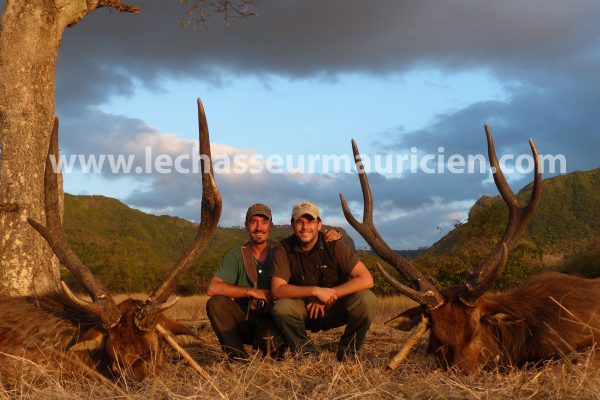 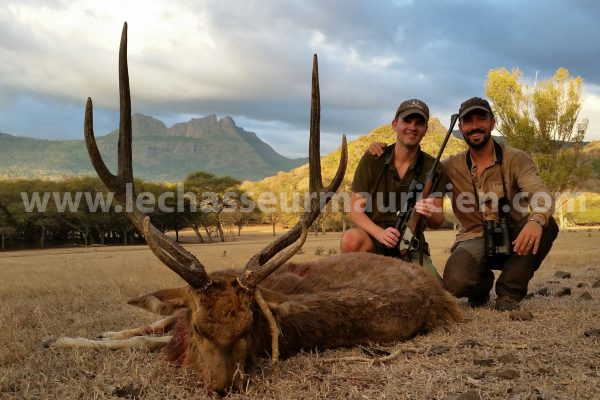 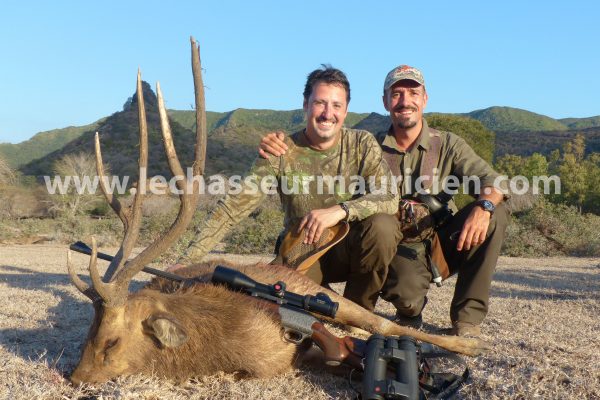 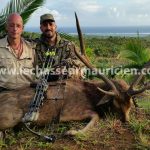 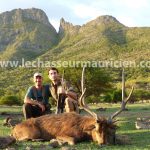 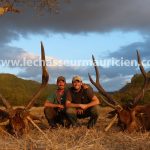 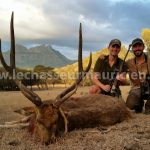 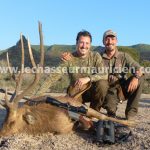 Adrian Van Der Stel, a Dutch governor came to Mauritius in 1639 and brought in some Java deer through Vieux Grand Port. The park enclosure to which they were confined crashed after a big storm leading to a scintillating deer escape. The deer quickly regained their freedom in the neighboring forests. It is only after 369 years that foreign hunters are able to approach and chase this magnificent animal in its natural habitat at our hunting site.

Hunting allowed the Cervus deer to colonize the whole territory since their introduction. Fifty years thereon, Governor Lamothius wrote in a report on the fauna that the deer were overabundant. The hunters enabled the species to survive and thrive. Ironically, the deer species had an endangered status in their original habitat – the Java Islands. Thanks to well-planned conservation in the hunting zones and careful breeding in Mauritius, couples of Cervus timorensis rusa were transported from Mauritius to Java in 1989 to improve the Indonesian livestock.

Fully grown male Rusa deer weigh 150 – 180 Kg. Like all the deer tribes, only the males have specifically shaped horns. The males use their horns during their fight. The male loses its antlers in mid-December. Fully re-growth in ends of May. The deer’s horns are dense and heavy and these make them very dangerous for its rivals during the fight. The animal’s throat presents an almost white, well-marked towel. It has powerful and outward projecting cheeks. The Rusa deer is identified by its very large broad ears and round eyes. They are placed close to one another, giving the deer a clear field of vision. Their coat goes from very a clear brown to the brownish chocolate for the males.

The odoriferous glands of the Rusa deer are similar to the local deer elaphe. They are situated at the same place, with the back legs (the brush), between the fingers (interdigital), on the drip, under the lower maxillas, between the pivots, the anus and the intersection of the mandibles.

The rut takes place from mid-July till the end of August according to the photoperiod and the evolution in the females’ estrus. During this magic period of courting the males show their love to the females which are not long in succumbing to their desire. At this time the males become very aggressive and territorial. They are frequently wounded due to fights with other males and often sustain injuries at the eyes and withers. If the wounds aggravate or complications like septicemia arise, the animal is in danger of dying. After the rut, some young males replace the older ones by taking part in the rut thus extending the reproductive period to several weeks.

The shape of the trophies is typical on the basis of the pivots. The deer horns swell backwards to follow the cervical line and to go up towards the dorsal line. This form allows the males to penetrate the primary forest by simply raising his chin. In this position, horns are aligned backwards leading to free movement even in dense forest.

The principal advantages of this species are the extraordinary sense of smell, sight and hearing and the perfect command it has in the forest. Being a very intelligent animal, hunting it becomes even more enthralling. It is also one of the hardest deer tribes to hunt. All the hunters of the world who have been able to pursue it do agree on that point!